Shemara in Year 10 was nominated by some of her teachers for the Australian Mathematics Trust's new award 'The AMT Inspiring Student Award', which recognises a high-school student who participated in the 2018 Australian Mathematics Competition, who inspires and supports their peers in the learning and enjoyment of mathematics and/or algorithmics. Shemara's nomination was accepted, along with a student from Scotch College and a student from Penleigh & Essendon Grammar School, and at a special awards ceremony at the University of Melbourne Boat House at Southbank, Shemara was announced as the state winner. She was awarded with a trophy and an AMT publications voucher to the value of $100. Congratulations, Shemara, on such an outstanding achievement, and we are grateful for the enthusiasm and excellence you have brought to the learning of Mathematics at Northside! 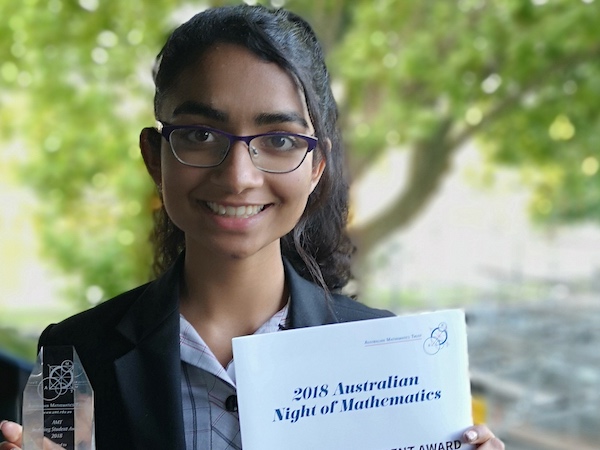